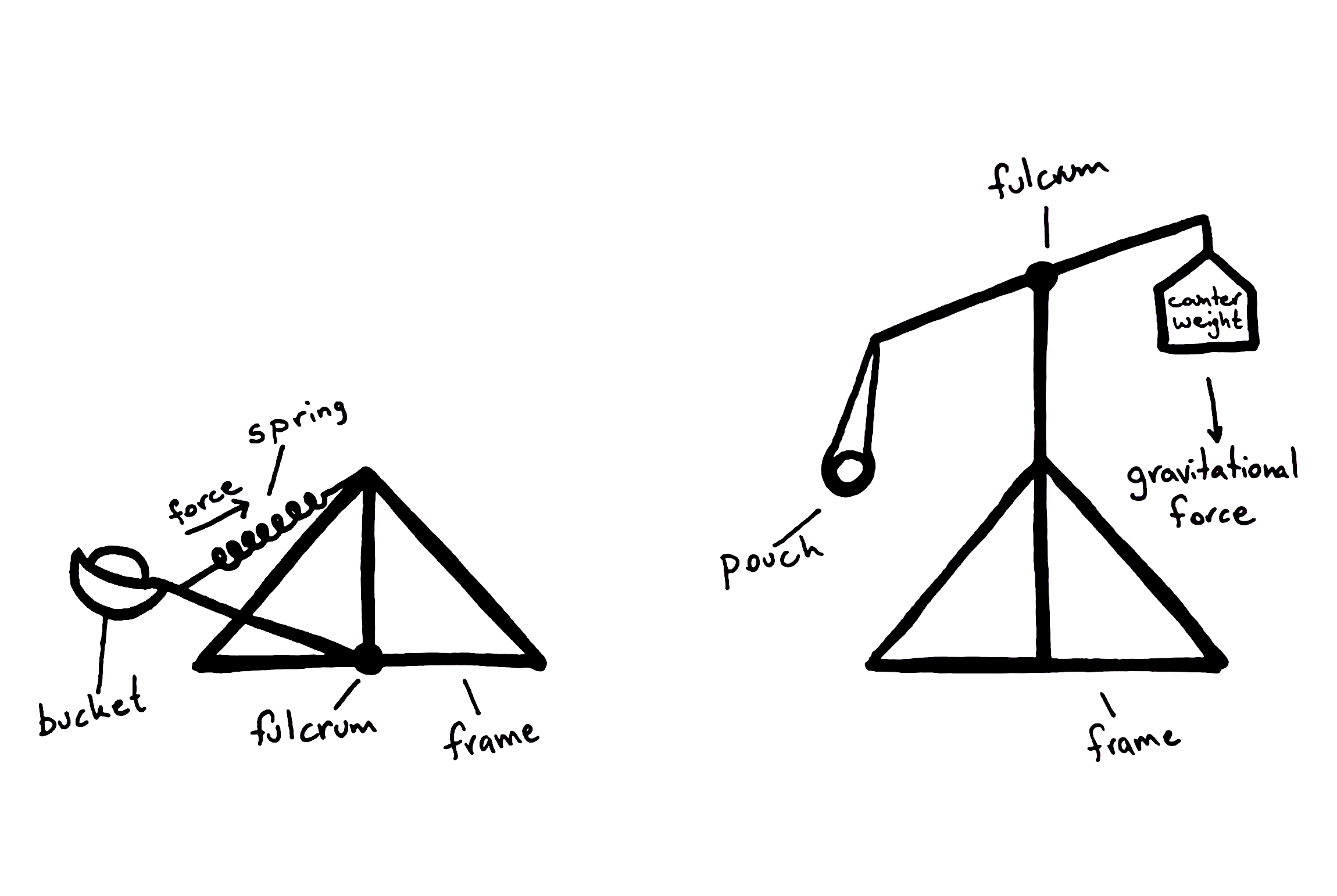 For this activity, you will design a catapult! The catapult should be able to launch a projectile (ping pong ball, cotton ball, marshmallow, or any soft object that won’t do any damage) across the room and into a target (container, bowl, bucket, etc.). Your catapult must be free-standing - it can be attached to a table but it shouldn't rely on you holding it up. You are building a catapult not a slingshot!

lever: (noun) bar or board that rests on a support like a seesaw. a downward force on one end of the bar makes it easier to raise the other end

fulcrum: (noun) pivot about which a lever turns

mechanics: (noun) branch of physics concerned with the motion of bodies

What features of a catapult are important? What is the best launch mechanism? How can you maximize the throw distance?

Film a short (max 2 min) video pitch of your invention. Make sure to include details like what materials you used, what problems/issues you had and how you resolved or overcame them? Share the measurements of your longest throw as well! Have fun! Upload/share your video to Twitter, Facebook or Instagram. Don't forget to tag us!